Beckoned to the Cross: An Easter Story

As a kid, I looked forward to Easter due to the inevitable colorful basket full of chocolate  treats and other goodies, the messy fun of decorating eggs, and even the pretty little dress and bonnet I got to wear to church. Though church was the afterthought. I could hardly sit still through the service in anticipation of the delicious brunch sure to follow, topped off with the sugar rush from the dessert I was very rarely allowed to have. I planned to take full advantage of that small window of decadent opportunity. As the priest spoke of an empty tomb and a risen Lord, I was visualizing all the places at the park I could think of where they might be hiding the Easter eggs, pre-planning my searching strategy.

My dad would grimace at the $10 spent at the mall for a Polaroid with a faux celebrity rabbit, that would almost certainly have been better spent elsewhere. I would wait in line with my mom, slightly intimidated, yet in awe, to meet the talking two-legged bunny twice my size who delivers those baskets full of goodies, because that scenario didn’t strike me as the least bit odd. 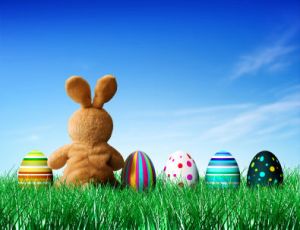 Fast forward 20 plus years, and Easter still wouldn’t be complete without a chocolate bunny, let’s be real, but…now it’s personal. I always knew Jesus died on the cross for my sins on Good Friday and rose on Easter Sunday, but one Saturday morning in January of 2008 that knowledge crossed the bridge from my brain to my heart.

I was in rehab, a small residential group home for young women with eating disorders, and it was one year to the day of experiencing rape. One year filled with multiple overdoses and suicidal behavior, and darkness and brokenness and self-hate and self-destruction. I was the first awake that morning, and as I walked through the living room I flipped on the light switch, then headed to the kitchen to start a pot of coffee. In the middle of the living room a voice suddenly spoke, “You don’t have to keep punishing yourself. I’ve already paid that price for you.”

I froze. I immediately knew it was Jesus. And I could hardly believe what had just happened. Now, I know what you’re probably thinking. “Out loud? Uh, you think maybe it was just in your head?”

I don’t know. My ears processed the voice as “out loud” but if someone else was in the room would they have heard it as well? Would Jesus even have chosen that moment if someone else could have overheard and verified my story, or would it only have been at a moment when I was alone? Could it be out loud but in my head at the same time? If a tree falls in the forest and no one is around, does it still make a sound? …and the temporarily dead Harry Potter looks up at the permanently deceased Dumbledore, in all his gray-bearded-wisdom, “Professor? Is this real, or is it just happening inside my head?” He replies, “Of course it is happening inside your head, Harry, but why on Earth should that mean that it is not real?”

Wise man, that Dumbledore. Confused yet? Yeah, that’s how I feel when trying to explain what happened that day. To many, it sounds like it doesn’t make any sense or can’t possibly be real. But I heard what I heard, and doubting that fact isn’t going to get me anywhere.

I picture Jesus with long hair, though less gray than Dumbledore’s, on the hill of Calvary with outstretched, nail-pierced hands, beckoning me, the defeated cross visible behind him. I always knew I was offered forgiveness and redemption and freedom, but I couldn’t own it, I couldn’t accept it. It wasn’t until that moment that I understood what my inability and refusal to accept forgiveness really said- that I didn’t accept Jesus’ death. That I was taking what He did on the cross, the whipping He endured for me, and throwing it away. If I didn’t accept my freedom, then all He did was for nothing. It was moot. Wasted.

When I was younger I was told that every time I sinned it was like shoving another thorn through Jesus’ head. So I saw the blood soaked cross as a source of shame, as proof of my sin, rather than deliverance from it. Over the years, I chained myself to the cross, inviting the suffering I knew I deserved, without realizing the shackles weren’t even there. They had already been broken, the blood debt paid. I was always free, I just didn’t know it yet. It’s as if I finally looked up from the floor of the self-made jail cell and realized the door was actually open.

The debt is paid. The tomb is empty. He is risen.

The stations of the cross that I learned about in school, that we went through in church, are really components of a love story- the story of restoration and redemption…should we choose to accept. 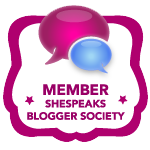